The Armageddon File by Stephen Coonts 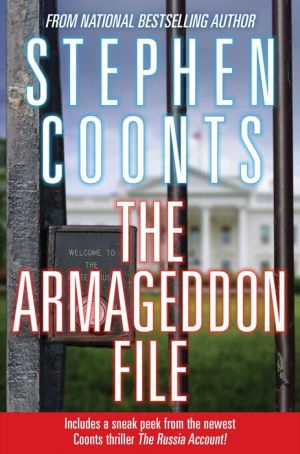 The Armageddon File (Tommy Carmellini Series #8) by Stephen Coonts "Stephen Coonts delivers another high-powered, politically-charged thriller that is not to be missed. "— The Real Book Spy "[A] headline-inspired thriller with a conservative slant."—Publishers Weekly After one of the most contentious and divisive elections in American history, the new president is finally settling into the West Wing. But when his chief of staff discovers evidence that voting machines in key counties in swing states were tampered with, the whole administration is in danger of unraveling. Did someone steal the election? Are America's enemies involved? Were the tampered-with machines actually rigged to swing the election the other way—and if so and the plot failed, what is the conspirators' backup plan? Jake Grafton and Tommy Carmellini race to solve the mystery of a potentially rigged election before Americans' full faith and credit in our democracy, sovereignty, and rule of law become completely undone.